One of the grand challenges in spine care is that of matching the elegant simplicity of the inborn hardware provided by nature. Approaching the neighborhood of perfection, however, is not impossible. 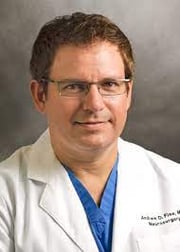 Andrew Fine, M.D., a neurological surgeon with Neurosurgery and Spine Specialists in Sarasota, Florida, specializes in the treatment of brain and spine issues via minimally invasive techniques. Accustomed to using cervical devices made of composite PEEK, Dr. Fine found that some patients did not fuse. “It was not a high percentage,” said Dr. Fine, “and it was an improvement over allograft and a plate, but it wasn’t good enough. So roughly six years ago I asked my rep to find something better for my patients.”

The elegant solution he was seeking was to be found at Austin, Texas-based Wenzel Spine, a company dedicated to less hardware and streamlined procedures—all at a lower cost.

“I was looking for a metallic stand-alone device because I thought bone would adhere better to metal than to a PEEK cage,” stated Dr. Fine. “In addition, I wanted something that would allow distraction across the disc space so that I could put the disc under tension and put the bone under compression. When I found Wenzel Spine’s VariLift®-C I was thrilled to see that it met all my requirements.”

Using Wenzel’s “less hardware, proven results” solution, Dr. Fine is nearly approaching the mark of 1,600-implanted VariLift®-C devices, working with the company along the way to refine the device.

“Because of the simple, zero-profile design, the entire fusion can occur in the space where the disc would normally be located, meaning that there is no need for an external plate or screws. Nothing gets between the surface of the vertebral body and the esophagus, the latter of which is particularly vulnerable to injury because it doesn’t have a protective layer of fascia like the rest of the gastrointestinal tract. Any device with a moving part can back out. For the most part, stand-alone cervical devices have some part that can back out—and if it does, it backs out into the esophagus. The VariLift®-C, which can be used with or without supplemental fixation, is the only one-level expandable interbody fusion device that can avoid such complications.”

Known for his minimally invasive procedures, Dr. Fine also values the enhanced surgical efficiency offered by Wenzel’s VariLift®-C. “With these procedures, less retraction is needed than with other devices, there is in situ expansion that provides immediate stability, and the device can be placed unilaterally or bilaterally.”

In working alongside the company, Dr. Fine shared his expertise on how the insertion apparatus might be more user friendly, input that helped produce a greatly simplified procedure. “Typically, instrument sets are the size of a briefcase. We were able to reduce the entire device and all the instruments into a container the size of a cigar box. With Wenzel’s VariLift®-C multiple sets are rendered unnecessary.”

“If someone has undergone a prior three-level anterior cervical discectomy and fusion, say from C4-C7, because of VariLift®-C I can do a fusion at C3-C4 without having to remove the plate. If you wanted to use the same product the patient already had in then you would have to remove the entire plate, which involves re-exposing all of that segment. The trachea, esophagus and carotid artery are in the immediate field, and because rongeurs and a drill are typically required, there is substantial risk involved.”

Describing VariLift®-C as a genuine end-to-end solution, Dr. Fine says out of the nearly 1600 implants he has inserted, only two have required revision. “The primary reason that I am a great fan of VariLift®-C is that it makes a tangible difference in the lives of my patients. It provides a psychological gain as they love not having a plate. Yes, they still have a fused segment, but they strongly prefer having nothing between the spine, esophagus and trachea. In traditional cervical fusion, unless the surgeon is very experienced, the plate may encroach on the adjacent level and can lead to earlier degeneration. VariLift®-C remains within the disc space so these concerns are nonexistent.” 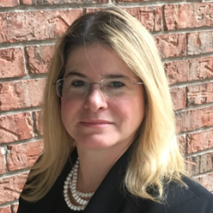 Elizabeth Hofheinz is a writer/editor for Wenzel Spine and a senior writer at Orthopedics This Week who on two occasions has been honored with the Media Orthopaedic Reporting Excellence Award from The American Academy of Orthopaedic Surgeons. Hofheinz collaborates with physicians and Ph.D.s in order to prepare manuscripts for publication in professional journals with clients from the U.S., China, Japan, Turkey, and elsewhere. She has also worked with Hospital for Special Surgery, Mt. Sinai Health System, The Rheumatologist, corporations, public relations firms, Newswire.com, the team physician for the Pittsburgh Steelers, as well as the Louisiana State University Department of Orthopaedics. Hofheinz holds two master’s degrees: one in public health and another in counseling psychology.

Adam Kremer, M.D. — VariLift®-LX Offers “Neck Fusion on the Back”

Cervical spine surgery for the most part has yielded outstanding results. Not so with lumbar surgery, says Adam Kremer, M.D., a ...
Start Reading